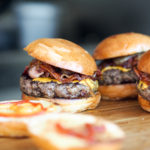 The percentage of genre of movie development is interesting. Who is watching these channels, and then how does it translate to potential ad dollars or return. The content development is certainly fascinating as we now wait for releases from both of these media giants and somewhat shrug as the new three/four networks come out this week.

Ultimate Design of Site and Brochure

Why now make your brochure match your website. After all the recognized look will attract attention and folks know it is you. There a several fantastically clever designs that do just that. It give your mind ideas and what you can do. So lets see your work!! Share and share alike!!

Use of Fonts in Movie Posters

New release of images by The Metropolitan Museum of Art of great artists. All now free to use. This is amazing, you can spend hours searching or just looking. Just like if you were at the museum. Enjoy, Don’t forget to credit is you use the photos. 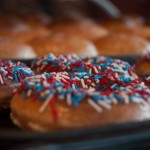 The search for great photos is always a daunting task. There are many places to look and sometimes the clutter is too much. Sometimes there is not real variety and most of the time you are not sure what rights you have in using the images. Here at this site there is no doubt. It is FREE STOCK PHOTOS.

Here is the link:

I recall wanting to record something many times, especially when I was not at home. I wanted to always be able to call my DVR and say record, that was it. But this is awesome …. Tweet and Record… Through a series of Tweets Direct TV will allow its subscribers to record their TV show they are missing. Way cool if you ask me, and about time. I have given up on the DVR, especially since I don’t have cable and no plans on restoring it. NetFlix and Hulu+ seem to take care of things, and the summer reruns will do the rest. What I miss with all that combined, probably means more free time to do other things….still.. Tweet and Record…I Like it!!