A photo shoot from a couple of years ago. Fun shoot, fun times. The Choo choo train that interrupted the shoot was fun too. 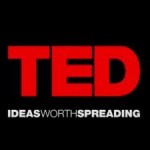 Looks like ad revenue is up when it comes to Twitter. The story link is below with the details. This also goes along with the percentage of Twitter users in the Social Media Universe, which is 16% of online users. But that’s another story. Twitter tends to get bashed a bit here and there, but if used correctly sure can bring about results to a company’s bottom line.

So you get some negative comments about a service you preformed or product you made. There are a few things that you can do, should do..or maybe better put NOT do in response. This article concentrates on the legal office, but ist applies to most any situation. Enjoy.

Turns out typing in a few words or number or even an address gets you some impressive results in Google. LifeHacker one of my favorite websites outlines all of them. Rather then retype or reword the article take a look.

The Tablet Takeover Is Ahead Of Schedule | Fast Company